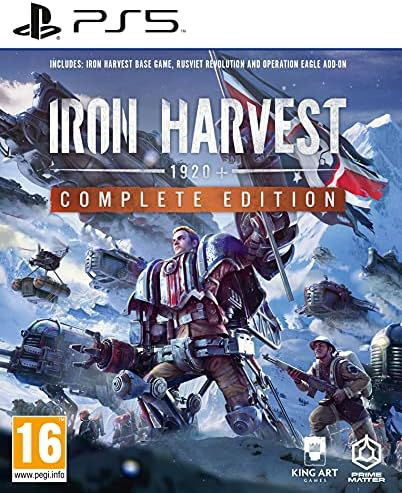 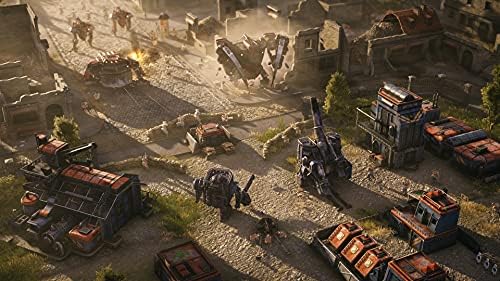 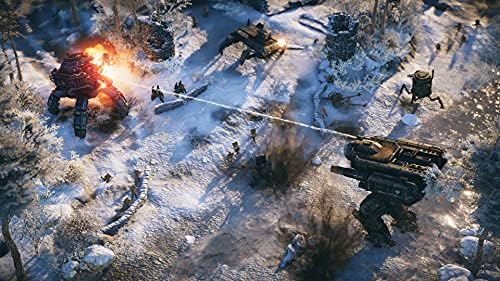 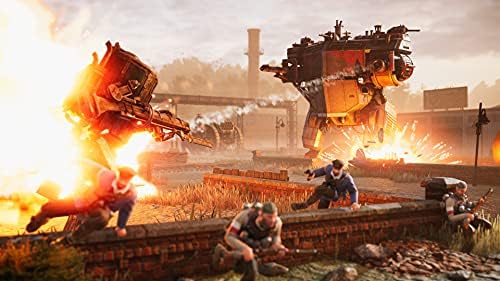 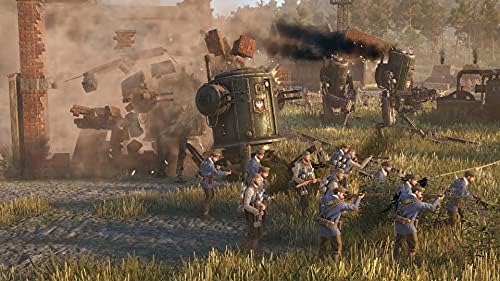 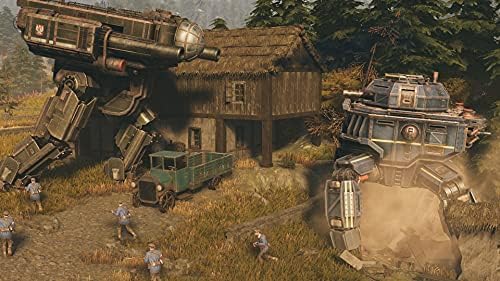 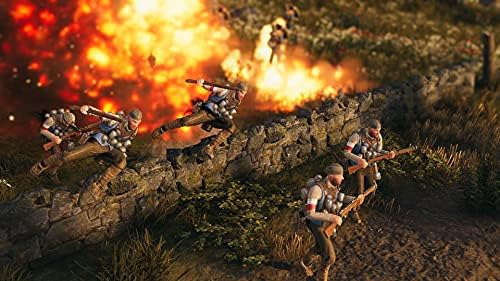 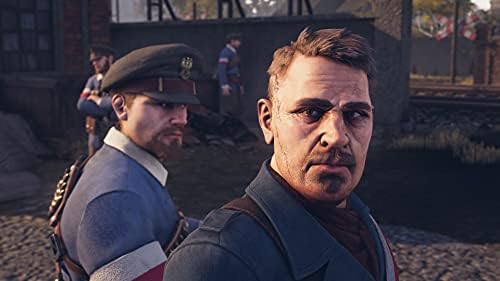 The Complete Edition includes the Rusviet Revolution and the Operation Eagle Addon, granting access to all new adventures in the alternative reality of 1920+.

Iron Harvest is a real-time strategy game (RTS) set in the alternate reality of 1920+, just after the end of the Great War. The Game lets you control giant dieselpunk mechs, combining epic singleplayer and coop campaigns as well as skirmishes with intense action on the battlefield for multiplayer fans, Iron Harvest is the classic real-time strategy game fans have been waiting for.

Tradition clashes with scientific and technological progress, while Europe is still recovering from the brutal battles of the World War. Cities are being rebuilt and in the countryside, the era of the Iron Harvest has begun. Farmers are uncovering the remains of the majestic walking machines that had fought on the battlefields of the Great War.

In the midst of this chaos, a new threat appears that will put Europe’s very existence at risk. Secret forces are putting everything they can towards destabilization of entire countries, determined to set the world on fire once again and finally seize control.

Iron Harvest – Complete Edition Content
Includes 2 DLC expansions
• Base Game
• Rusviet Revolution (3,99)
• Operation Eagle (19,99) All of the DLCs and past PC Updates will be included on the console discs.

Iron Harvest – Rusviet Revolution:
Over 100 years ago the real Russian revolution came to a halt when the red forces one the final battles at the Krim. Though the alternate history of 1920+ never has seen this kind of revolution till now.
Players will follow an additional story line over the course of four new singleplayer maps, shedding some light on the mysterious Rasputin.

In the aftermath of The Great War, the world is in chaos and borders are being redrawn. Usonia wants to make the 20th century “America’s Century” while an old enemy in the shadows tries to seize power.

New Campaign
Experience a full new Iron Harvest campaign in single player or side-by-side in co-op in 7 challenging missions with over 25 minutes of new cinematics and dozens of new allies and enemies.

New Faction: Usonia
The American Union of Usonia stayed out of the Great War and became an economic and military powerhouse, unnoticed by Europe’s old elites. Usonia could become a beacon of hope for the oppressed, bringing freedom and justice to everyone, or it could succumb to the temptations of power and become a new empire, ruling with an iron first. The addon features the new faction “Usonia”, the 1920+ version of the US. More than 30 new infantry units, mechs and buildings for these factions.

STRONG SINGLE PLAYER CAMPAIGNS & ENGAGING STORY – Experience an epic overarching story, spanning more than 27 missions over four campaigns. Team-up with a friend and master all campaigns side-by-side in co-op.
INTENSE COOP & COMPETITIVE MULTIPLAYER COMBAT – Competitive multiplayer with ladders, ranked matches & leagues. Choose from a vast selection of skirmish maps and challenge maps, available to play in singleplayer and coop.
AIR UNITS – Take to the sky and conquer the world with the introduction of new airship units for all factions. These early flying machines come in different classes, from the agile sky bike to the colossal battleship of the Usonian hero Admiral Mason, traversing any terrain and sending death from above. The bravest of men become Paratroopers who perform dangerous missions behind enemy lines.

Harmony (ONE) Offers $1M Bounty for Return of Stolen Funds

6 Questions for Alyssa Tsai of Panony –…

Meta Platforms to Sunset Down Novi Digital Wallet This Fall

Crypto’s ongoing crisis is an opportunity for realignment